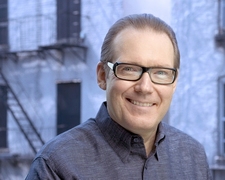 Michael Rogers is a best-selling author, technology pioneer and futurist, who also serves as futurist-in-residence for The New York Times Company. His consultancy, Practical Futurist, has worked with companies ranging from FedEx, Boeing and NBC Universal to Microsoft and Pfizer, focusing on how organizations can think about the future in useful ways.

Rogers began his career as a writer for Rolling Stone magazine. He co-founded Outside magazine and then launched Newsweek’s technology column, winning numerous journalism awards. For ten years he was vice president of The Washington Post Company's new media division and earned patents for multimedia technology. He is also a best-selling novelist whose books have been published worldwide.

Rogers studied physics and creative writing at Stanford University, with additional studies in finance and management at the Stanford Business School Executive Program. He lives in New York City and is currently working on book and television projects.